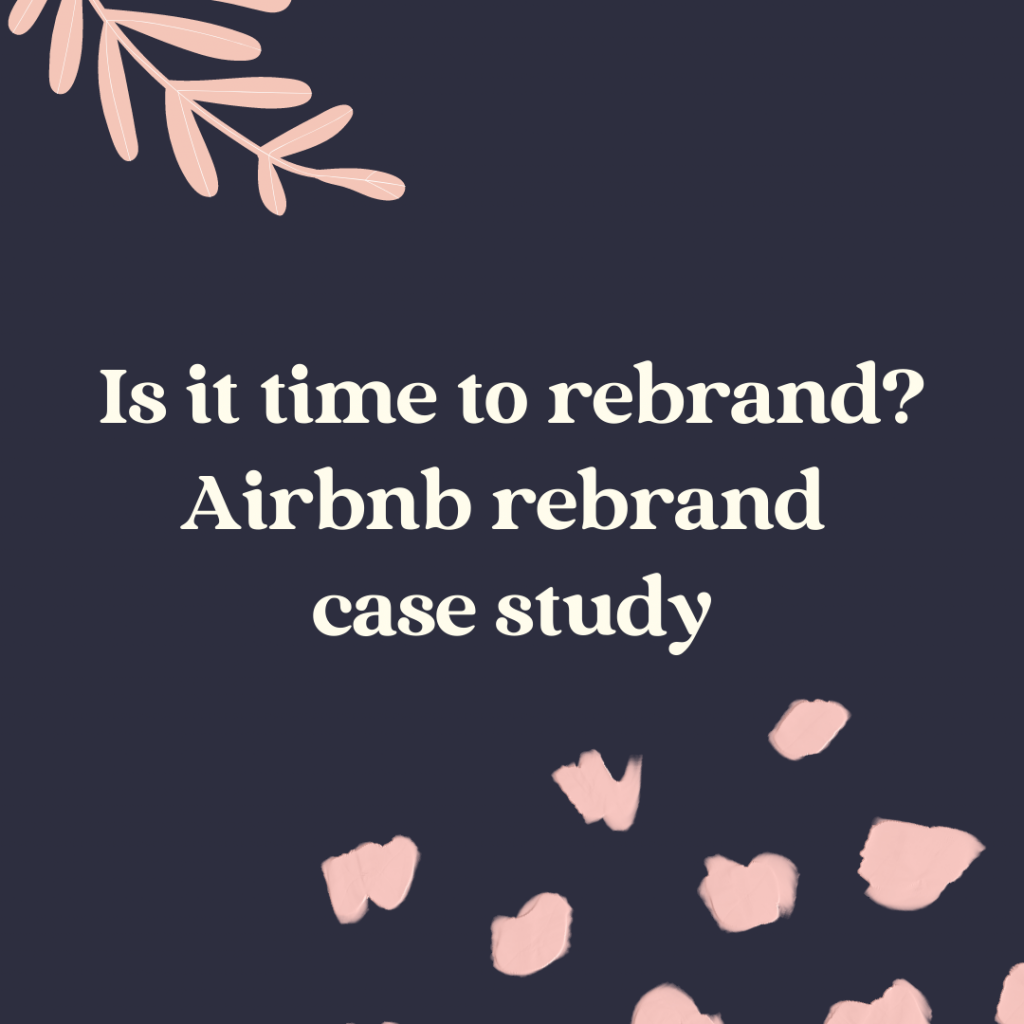 Is it time to rebrand? Airbnb rebrand case study

Following on from my post a few weeks ago about how ‘brand’ design is way more than making a logo out of some pretty squiggles (read it here y’all), I’ve been slightly obsessing with looking at famous re-brands, the thinking behind them and the reaction they cause… Soooooo for my own amusement (and hopefully your entertainment!) I thought that for my next few blogs I’d look at three famous recent re-brands (both here in the UK and beyond) that have caused a bit of a stir.

You’re excited already I can tell! first off…

A risky one this – especially if you’re already a well established brand – you run the risk of confusing your target audience, and potentially even losing them entirely (if they don’t recoginise you!) Who here in the UK remembers Royal Mail’s rebrand back in the early noughties? One of Britains most iconic institutions decided to rebrand  – entirely….

It confused EVERYONE! No-one liked it, everyone ridiculed it and Royal Mail pretty soon did a swift about turn and consignia was buried deep in the vault of branding implosions…

Well in my (humble opinion)…

Airbnb – a total rebrand that worked

Airbnb, set up in 2008, revolutionised how people holiday. It started life when two roommates, in need of some extra money, set up an air mattress in their living room as marketed themselves as a new type of bed and breakfast. By 2014 the site had found accommodation for more than 9 million customers and was quickly becoming a globally recognised brand. This is when they decided to go from this:

The rebrand caused a pretty huge stir – twitter went crazy, lots of people thought it was all a bit silly, some even insisted that the new logo looked too much like female genitalia to be taken seriously (yup – now you see it it can take a while to ‘un-see’, sorry.) But ultimately it was accepted, and is now as iconic as the company it represents. DesignStudio (original name right!) were behind the re-brand and immersed themselves in the company to get to the heart of what airbnb stood for, not just within its corporate walls, but also within hosts’ homes globally. Four members of the agency travelled to 13 cities. They stayed with 18 Airbnb hosts and recorded every aspect of their stay. They personally interviewed 120 airbnb employees, and stationed half their team at the airbnb HQ for three months. They were taking it SERIOUSLY!!!

The result… well in my opinion it’s a clean, contemporary and engaging identity, that retains just the right amount of fun and friendliness to represent one of the most famous and revolutionary brands of the last ten years. The icon works best as the brand’s digital identity – have a look at your phone – the app’s pretty easy to find right? And you instantly recognise the brand – how does it make you feel?

They even gave the squiggly thing a name – the Bélo… and here’s what they say about it:

Part of our goal was to design a marque anyone could draw – something that transcended language and formed the foundation of the new brand. The marque, named Bélo, encompasses values of belonging and is imbued with four meanings of People, Places, Love and Airbnb.

The Bélo is also used as a community symbol that can be expressed differently by each community member and in every listing – it is not bound by language, culture or location. The end result is a symbol people feel compelled to share – one that accepts we are all different, one to wear with pride.

I like the playfulness of it – and how it works across the brand to create a consistent sense of fun and community.

What do you think? Touching and thought through? Or pretentious and over worked? Let me know in the comments below!

So to rebrand or not to rebrand – there’s the sticky question! If you’ve nurtured your business up from its grassy roots you probably have a gut feeling as to whether its branding still works for the beast it’s become. My advice – always go with your gut – it’s a terribly clever organ.

If you want to talk to me about how a rebrand might help your business then get in touch!

Next week I’ll be looking at nostaligic rebrands… ooooh you can hardly wait!

In the meantime – here’s more Bélo…

Sign up for my newsletter and get the latest brand and website news hot off the press, along with plenty of insider tips to boost your presence.

all rights reserved geek boutique design 2022
Manage Cookie Consent
Yes I'm just like all the others and use those mystical cookie things to make my site look good and work properly... I promise they're not little monsters lurking on your laptop... If you don't mind  push the button to make this annoyance vanish... poof!
Manage options Manage services Manage vendors Read more about these purposes
View preferences
{title} {title} {title}